NBW Tech Want to book LPG cylinder? There’s an (official) app for that

The government has launched a mobile application based on Android using which users can book an LPG refill, complaints, see a history of supplies, and rate their distributors. The initiative is part of Project Lakshya, with which the petroleum and natural gas ministry wants to bring in transparency to cooking gas distribution in the country.

The android app by Bharat Gas, one of the major distributors, can be used to book a cylinder, know your distributor, talk to the customer care, rate a distributor, keep a tab on order history and perform various actions.

Indane has another app which does pretty much the same things. Users have been complaining of a login problem though. 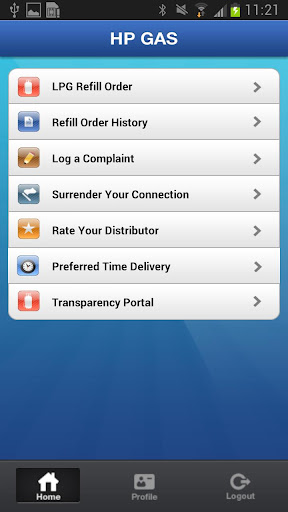 The government has also launched a pilot project on distributor portability. Basically, if you don’t like your distributor, you can use an online portal to move to another distributor. The project was launched in Chandigarh as a pilot on Friday and will be extended to 25 more districts this year.