Look at the picture on your left? Is there anything unique about it?

Do you see anything missing?

Okay, let me put it this way – identify all those keys without which you can’t use your computer!

Chances are that you might let go of CAPS key!

Interestingly, someone is out there to have the CAPS key removed from future keyboards.
While you might argue that this is a stupid/nonsensical idea to fight for, Pieter Hintjens has his own reasons: 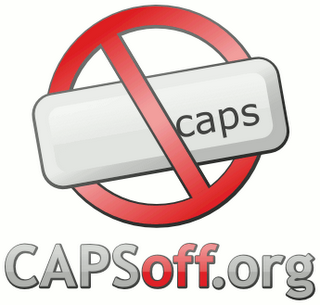 “The CAPS key is an abomination. We all know that. It’s a huge key, stuck right there where the Ctrl used to be, and as far as I know, it’s only used by 419 scammers and Fortran programmers.”

And to everyone’s surprise, his CAPSoff revolution is getting lot of traction too!

The bigger question you might have for Pieter is what if CAPS key is gone? What is the replacement? (I know I can use shift key, but still..?)
He has thought about this too:

Interestingly, even I realized that I hardly use CAPS key. Mostly, its shift+.