[Guest article by Salil Kumar Agrawal  who gets into reality check for Green Telecom initiative from TRAI.]

I always had a viewpoint that we should provide a safe and secure environment to our next generation and our action should not hurt this motive. When I got to know that TRAI has invited consultation from stakeholders on green telecom, I could not stop myself to write my views on this topic.

Let’s first understand the architecture of wireless telecom network and its carbon footprint. A telecom wireless network consists of Access Network and Core network. Access mainly consists of BTS/NodeB (another component is BSC/RNC) which is called telecom tower in business language whereas Core network mainly consists of MSC, SMSC, HLR, SGSN and GGSN. Concentration of network elements decreases as we go away from telecom towers [Ref Exhibit -1 for telecom architecture]. Now let’s divide the network into two parts where one part is telecom towers and other part is all other network components to study their carbon footprints.

India had 2,38,000 Telecom towers at the end of 2009 [Ref Exhibit 2 for their breakup] and assuming that we are adding 10m subscribers per month then this number should be somewhere 250,000-275,000. If we look at power consumption of telecom network then we find more then 70% of energy is consumed by the telecom towers itself and apart from this half of the towers are in rural areas which are running on diesel fired gensets. Many of these gensets are as old as 10 yrs and are not efficient in terms of usage of diesel and consumes more diesels then required. Each tower requires energy from 1000W to 3000W (older installation consumes more power as compare to new one because of technological advancement). Each 1000 W results in the .22 tonnes/hr of emission of CO2 if running on the state electricity, in case of the private gensets this number is many times more. Assuming average power consumption of each tower is 1200W then total CO2 emission is 44000 tonne per hour by all these towers or 550408320 tonne per year if we assume that all are running on state electricity [Ref Exhibit 3 for carbon breakup]. Each tower requires 50-60k $ for electronic hardware and half of this is required for installation and other stuff. Apart from this additional capital is required for the genset, battery back up (gensets are required in urban areas also for emergency backup) which requires close to 5000$, so total cost of ownership of a telecom tower is close to 100K $ (for 2G). These towers has an opex of 8-10k $ per year which is mostly the cost of the energy (rural has higher energy bill because of diesel and urban areas have higher rental costs). But it is really surprising that not even 5% of these towers are running on solar power. Probably operators are already struggling with capital availability so they opted for more costly approach.

Network components are not as huge as towers but consume substantial amount of energy. As compare to tower an additional energy is required for a small or big office which is adjacent to the component for the supervision or maintenance. It is difficult to estimate the carbon footprint as well as the cost of these components as not much information is public but most of these components are as efficient as components in developed world in terms of power usage. So carbon footprint of 100000000 tonne per year would be a fair estimation as far as network is concerned.

So from above analysis is that the telecom industry can claim close to 80m carbon credits (1 carbon credit = 1 tonne of CO2) if it moves to complete green methods of power usage for its tower operations which results into 1.15B $(Refer exhibit 4) or 4800 $ per year per tower.Apart from this each tower will save close to 40 % energy bill i.e. 3-4K so total saving per tower would be close to 6000$ after subtracting additional maintenance cost of solar panel. Which is really a big number as far as saving is concerned but requires a huge capital and effort for rollout of green measures. However this year is really a good year for the environment lover as cost of the solar panel has gone down from 170 Rs/W to 70 Rs/w (thank to the global recession). So capital investment on each tower has gone down to as low as 15K (including the cost of installation) which can be claimed in just three years which indicates that it is not only a positive NPV investment but also a small step towards the reduction of greenhouse gases to save mother earth.

Let’s come to our main agenda and make some recommendations which TRAI can enforce to encourage the green telecom in India and those could be favorable to industry also. 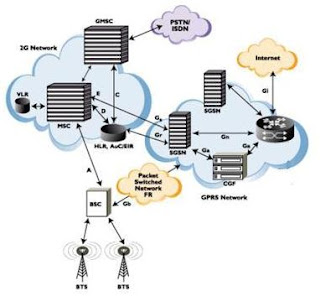