The most annoying issue that most cell phone users face is battery drain. With data connection being turned on almost always to remain connected to the internet and the huge display screens consuming most of the battery life, there are very places where one can charge their phones on the go. Power banks are an option but them being bulk makes it difficult to carry one around.
Here is an interesting innovation built by some engineers at a Bangalore based startup, Waferlabs – a device to charge a phone’s battery using another phone! The product is called HDKey and is a very small device that can charge a microUSB supported phone, transfer data and provide automation to certain tasks using NFC.
HDKey charges any other device that supports Micro USB charging like phones, cameras and other devices. Charging a phone with another does not drain the phone out of battery very quickly as most of us would expect it to either. The device weighs just 6 grams and the manufacturers claim that it is an ideal alternative to carrying power banks which are usually heavier and don’t fit into your jeans pockets.

For the best part, the device allows data sharing between devices through USB. While WiFi transfer drains the phone’s battery and Bluetooth being the slowest option available, swapping memory cards to transfer data used to be a common thing. But with HDKey, it can transfer data 20x faster through USB and there are no issues of battery drains. 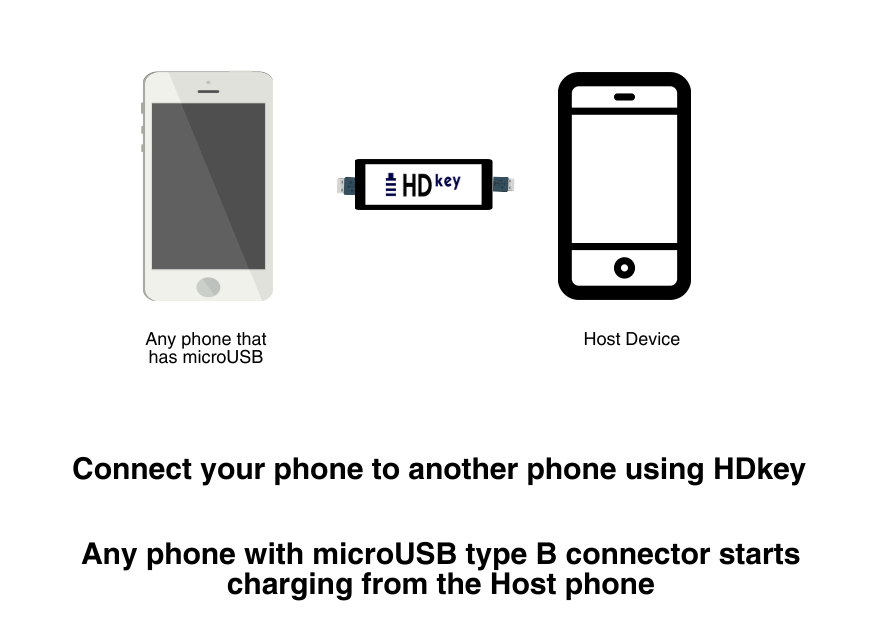 The device also supports NFC automation, which is, the user can use any NFC writer to command a task on to your HDKey and one tap on it with any NFC enabled phone would enable the feature! NFC provides a list of options like sharing a business card, turning off/on the WiFi/Bluetooth/music/location – tasks that can be commanded are endless.
Here a video to help you understand the device:

The product is currently on Indiegogo and has raised US $48 with 30 days left to reach their desired goal of US $500.