I attended a hackathon recently and the experience has inspired me to write this post. The hackathon in question was a rather boring and uneventful one. To be honest, I attended it with very low expectations as the events leading up to the hackathon suggested it would be a letdown. Sure enough, it was a big disappointment. In order not to cloud you with my judgement, I will present you with this simple fact and let you make your own assumptions – the organizers claimed to have received close to 400 registrations for the event of which only 50 odd developers turned up. Of all the hackathons I have attended so far, this was the by far the most insipid. I hesitate to name the event as I intend not to be uncharitable to the organizers who in all likelihood put in sincere efforts to organize the event. 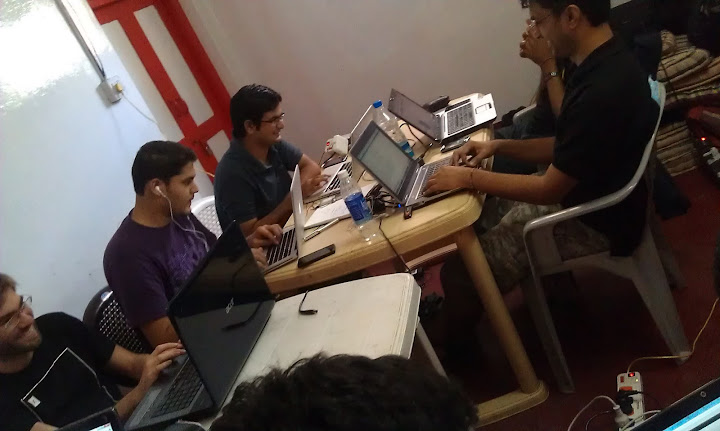 While hackathons are not entirely new to India, I reckon it is safe to suggest that hackathon organizers are still figuring out how to attract a bunch of developers to develop some meaningful applications over the course of a weekend that they could have otherwise spent as they deemed fit. It is a rather daunting task. Specially so, if there are no clearly spelled out incentives – monetary, help in productizing an app, etc. In light of these realities, I think there is plenty an organizing team could and should do to ensure that all the stakeholders – sponsors, developers, partners, and volunteers, enjoy the event and look forward to a future edition. It is worthwhile to consider these aspects before organizing a hackathon:

– Have a clear objective: It is not uncommon to see members of the organizing team trying to steer the themes of the hackathon based on their own personal interests. In addition, sponsors might want to further their interests and need to be managed well.

– Involve volunteers: The success of a hackathon is contingent on the active participation of a large army of volunteers. It helps to choose a diverse set of volunteers who are passionate about technology and will take ownership of the event.

– Socialize theme / topics: One of the big mistakes organizers commit is to ignore developer feedback when choosing a theme for the event. Socializing the planned themes will help gauge the interest levels among the target audience and refine them or change them.

– Engage continually: It is important to engage the developer community continually in the run-up to the event. Successful hackathons have been able to generate conversations among interested developers. It also helps the developers to prepare – explore ideas, form teams. Without a medium to engage, a lot of time is wasted on the day of the event in finding teammates, freezing on ideas. Even an elementary comment thread or bulletin board should serve the purpose.

– Use social media to your advantage: Create a Facebook page, twitter handle and even a Google+ page if you will and get some positive word of mouth for the event. The hackathon I referred to earlier in the article did not even have a presence on Facebook! It is equally important to regularly update these channels.

– Developers are the best judges: While it is perfectly okay to suggest use cases or broad problems that developers could build on, it is best to let developers use their imagination in creating something new. After all, a hackathon should seek to serve as a platform for creative thinking and problem solving.

– Get food on the table: While free t-shirts are good, some food would go a long way in mitigating dwindling energy levels. It also serves to cut out the distraction of having to take a long break.

Addressing these aspects is just a start. Chances are you will likely face several other challenges in organizing an event of this nature. It would be great if people who have organized hackathons, successfully or otherwise, could share their thoughts. You can leave your thoughts or suggestions in the comments below.

[Guest article by Shashank P S. The author’s views are personal. The author can be reached on twitter @shashank_ps.]

How novel does my invention have to be?