NBW Tech Nokia’s Open Letter to Developers [What About Symbian?]

This is the letter Forum Nokia has sent out to developers updating them about the future of Symbian and QT framework (important points highlighted). The gist of the letter is that Nokia doesn’t really know what to do with Symbian. The focus is more on WP7 platform though the company will continue to ‘support’ Symbian (which is a franchise platform post partnership with MS).

So as a Symbian developer, is there enough incentive to stick around? Or hop to Android platform?

Much has been said in the last few weeks about Nokia’s announced strategy. I’ve heard from many of you with encouragement, concerns and questions. Please do continue the dialog with me and the Forum Nokia team.

I want to take a moment to focus on what these announcements mean to you, how Nokia plans to support your development needs and how this translates into opportunities today and in the future. 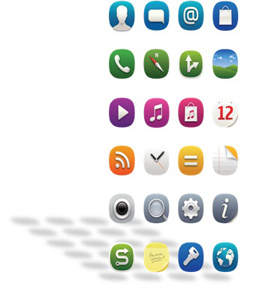 First, let’s recap what it is we announced; the three main areas of our strategy:

Understandably, these are the first questions that come to mind. Although Windows Phone will become our primary smartphone platform, we will continue to deliver a great deal of value from Symbian. We’re making investments that will help us to engage and attract existing and new Symbian users and allow us to launch new competitive smartphones.

Over the past weeks we have been evaluating our Symbian roadmap and now feel confident we will have a strong portfolio of new products during our transition period – i.e. 2011 and 2012.  These devices will take advantage of the strong integration of devices and services as well as our strength in areas such as imaging and location-based services. They will also include improvements in hardware performance such as GHz+ processing capabilities and faster graphics speeds.

To further enhance the competitiveness of these products we will deliver updates to the current Symbian user experience.  The first major update will arrive in summer, delivering a new home screen, new flexible widgets, new icons, a faster browser, new Navbar and a fresh look and feel to Ovi Store and Ovi Maps, including integration of social media services in Ovi Maps.

You may have seen some of these updates in the latest product we launched at CTIA Wireless this year, the Nokia C7 Astound.  Those plus the rest of the enhancements will be delivered to all users over the air in a simple update available from the Home Screen, and Nokia Astound users will receive the remaining enhancements not already in their device at the same time.

I’ve been asked many times how long we will support Symbian and I’m sure for many of you it feels we have been avoiding the question.  The truth is, it is very difficult to provide a single answer.  We hope to bring devices based on Windows Phone to market as quickly as possible, but Windows Phone will not have all language and all localization capabilities from day one.

In many markets, including markets where Symbian is currently the lead smartphone platform with significant market share such as China, India, Russia and Turkey, we will continue to make our Symbian portfolio as competitive as possible while we work with Microsoft to introduce Windows Phone.  For that reason certain markets will play a more significant role in selling the 150 million Symbian devices than others and we will be selling devices long after Windows Phone devices from Nokia have already started to appear in other markets.  That is why we cannot give you the date when Symbian will no longer be supported.

What I can promise you is that we will not just abandon Symbian users or developers.  As a very minimum, we have a legal obligation, varying in length between countries, to support users for a period of time after the last product has been sold.  Our intention is that when users come to the end of the natural lifecycle of their Symbian device they will make the change to a Nokia Windows Phone device and so it would not be in our interests to undermine their Nokia smartphone experience.  Operators have also been very supportive in their commitment to help us continue to sell and support Symbian devices while we make the transition to Windows Phone.  We currently stand at 109 operators in 34 countries and no doubt they continue to recognize the opportunities in a platform that has great localization, differentiation and flexible billing services, while we start to build great new devices with Microsoft.

Qt, the development platform for Symbian and future MeeGo technology remains critically important and Nokia is committed to investment in Qt as the best toolset for those platforms and we are focusing on future developments in part by our plan to divest the commercial licensing business, used mainly by developers of embedded and desktop applications beyond the mobile market.

Additionally we are readying app analytics, in-app advertising, in-app purchasing, a new browser and hardware enhancements. There are a lot of new things for developers to take advantage of in these soon-to-be-released APIs. We are continuing to explore Qt for use in other strategic investment areas as well.
So in short, there are some very exciting things happening in Symbian and Qt, lots of new devices and platform improvements and we believe consumers will be downloading great developer apps from these devices. All together, this means your investment in Qt is a safe choice for skill competency, monetization opportunities and brand awareness amongst our millions of users.

The partnership announcement has many of you wondering how Forum Nokia and Microsoft will support you in the future. As we carefully plan this with Microsoft we will be able to share more information. However, we are listening to your concerns and comments. Nokia and Microsoft share a view and commitment to make the transition as smoothly as possible for developers.

The second pillar of Nokia’s strategy, ‘Internet for the Next Billion’ also highlights our increased focus on opportunities for developers, especially Java developers. Nokia sells over one million features phones a day; a staggering number by any measure. Developers can already distribute Java apps to approximately 600 million Series 40 devices.

We intend to drive more innovation and improvement in Series 40 developer engagement. We are continuing to develop easy-to-use tools and software developer kits to make it simple, easier and more affordable for Java developers to work with us. For example, there is free signing for Java apps; the new SDK for Touch and Type UI is in the market now; plus we have plans for increased proxy browsing capabilities on our device and support for web apps.

Consumers around the world are hungry for apps on Nokia devices.

The disruptive technologies area of our strategy includes our work on MeeGo and Nokia Research Center, Nokia’s future looking, global labs. You will hear more from us on MeeGo in coming months.

Finally, there is still $10M up for grabs in the Calling All Innovators contest. The deadline is approaching – March 31 – so be sure to submit your app. If the content of your app is applicable to consumers in the US and Canada, you could get a piece of the $10M in cash and prizes. Giving out these big checks and seeing your apps get downloaded by millions of consumers is the best part of my job!

In the coming weeks and months, we will continue to update you on our progress with Symbian, Windows Phone and Series 40 and new programs to assist you in building success in Ovi Store. We are excited about working with you in each of these areas. In the meantime, we’ll look for your next great Qt or web app in Ovi Store!

So as a Symbian developer, is there enough incentive to stick around? Or hop to Android platform?

Recommended Read: Is Stephen Elop The Best Thing That Ever Happened to Nokia?