The Pluggd.in Hackathon has witnessed some of the most amazing hackers from the country (hackers have come from Hyderabad/Chennai/Mumbai/Pune and of course, Bangalore) hacking at the 2.5 days event. 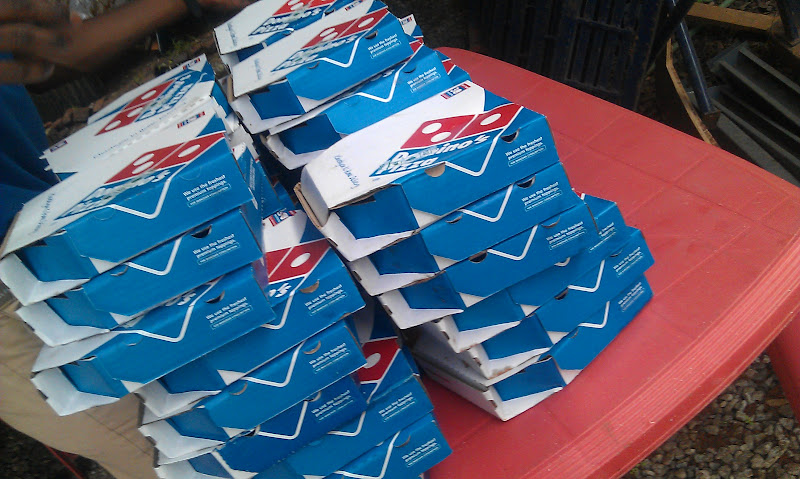 Well, we started a bit late (sincere apologies), but it was quite a challenge to fight the rain gods.  In fact, some of the hackers called up on Friday and asked us if we plan to postpone the event owing to heavy rains.

Well, if you are a serious hacker, you cannot let such stuff come your way. We started the event a bit late, but the amazing part about the hackers was that most of them were very clear on the idea and what they plan to achieve during the 2 days.
Apart from talks by Zomato and Kookoo team regarding their APIs, we also had a great session by Ravi Pratap, cofounder of Mobstac. Ravi walked us through his geeky days to starting Mobstac.

Soundbytes from several attendees are that they have attended several hackathons and most of such events had ‘wannabes’ at the event (i.e. wannabe hackers, wannabe entrepreneurs) and hence the discussion ended up with ‘how do I raise fund?’ etc. But the Pluggd.in Hackathon has a LARGE chunk of entrepreneurs, founders, geeks working for startups – i.e. a much evolved audience who just wanted to do 1 thing – i.e. hack. Importantly, hackers have mostly used APIs from India companies – a feat that we are certainly proud of and have set a trend for others to follow.

All in all, a total of 19 teams have been formed with ideas ranging from creating a Ziri (watchout Siri) to creating personal cloud, creating DealRadio et al. Here are some of the interesting projects (selected randomly):

Pictures from the Day 1

Who Is Vivek Wadhwa? Interview With The Entrepreneur, The Bollywood Movie Producer

[Peeve] When brands invite you home but don’t give you directions.

Fredi is helping women to be the best and most productive

Meetquo is remote meetings platform, where each teammate participates asynchronously (and decisions are made)