NBW Indian Startups Piracy – Is it really that bad? I don’t think so 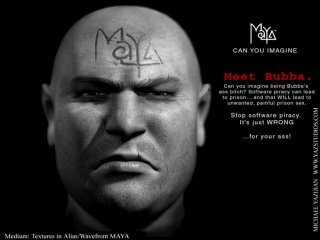 Piracy, we have been told is detrimental to business.
But is it really that bad? Infact, I would argue that piracy helps grow an industry and in the long run, nullifies the short term harms.

Let me explain my point of view with the following examples.

Microsoft’s Windows and Adobe’s Photoshop are probably the most pirated softwares of the world.
Its true that both of these companies lose a huge amount of revenues to piracy. But wait! There is more to piracy than short-term revenue – i.e. locked-in customers.

During my stint@Engg college, I used to work on UNIX terminals (SCO-UNIX, PINE email client etc.). And then Windows 95 arrived. And it changed the way I used computers.

Thanks to piracy, I was able to get a copy of Windows 95/98 for almost free. And the result? Gates are closed for any other operating system in my life.

Now, having grown up with Windows, the very thought of those dumb unix terminals suck. And am not even willing to move to Mac.

Infact, isn’t piracy one of the biggest reason for Microsoft to be hugely popular? (Go around any local neighbor/shop – they all run softwares on Windows. And you think it’s the original copy? Dream on).

Tim O’Reilly, whose company publishes a highly successful line of technical computing titles, goes on to say the illegal software downloads are actually a tool to market one’s products. And many a times it’s a ‘Trial-before-Buying’ phenomena.

Same with Photoshop – Ask any graphics designer and I can bet my ass off that his/her first intro to photo editing would have been a pirated version of Photoshop. But once that guy is hooked onto the product, chances are that he/she will promote the product in their network and of course the workplace.

Otherwise why would SPSS (a statistical tool) give away its software to MBA grads for free? – It’s a simple logic: Catch them young (i.e. give them the free-legitimate version before they get the pirated one!)

2. Books: Roam around streets of Bangalore/Delhi and you will notice tonnes of new & pirated books sold at 10% of the original cost!

Tim O’Reilly argues that book piracy ultimately helps in improving sales (if not in present, but for sure in future):

3. Music Piracy – Yeah, we all have heard of demise of Napster as well as the litigations sorrounding the mp3/p2p sharing sites. But who downloads these mp3s?
People like you and me; who don’t really see a value in buying the premium priced CDs/albums (few good songs;while others are just fillers).

And how do we give back to the music industry? Huge amount of money that you and I spend on buying CDs/Live show tickets/Movies – they all outweigh the cost of piracy.

And why is music piracy important?

Finally, who loses the most from piracy?
Most significantly, the publishers who refuse to accept the inevitable (that piracy is bound to happen).
And secondly, the competitors!!
And how does piracy kills competition?

Case in point, Mac lost to Windows – because of Window’s reach among masses (which was
mainly achieved on the vehicles of piracy) and not whether MS had a better technology/marketing over Apple.

To cut the long story short – I am not promoting piracy, but the point that I am trying to make is that piracy doesn’t hurt so much.

Companies should understand the basic reason why products are pirated?
Cost vs. Value Gap. – If the cost of a product is way too high vis-a-vis it’s perceived value, the general tendency will be to bring down the cost.

For e.g. if a premiumly priced music album has just 3 good songs while other 10 are plain mediocre, I don’t see any reason why one should pay a premium price for the album. In such cases, piracy is bound to happen.

– so either you match value with the price or bring down the price. Or sell individual songs? Or launch the album under ‘Creative Commons‘ license?

Infact, few smart publishers have formulated innovative means to fight piracy. They are pushing the online version of the book on the internet, and generate free publicity — which results in actual sales. A phenomena which is termed ‘Buying the Cow, Though the milk is Free’.

Why can’t others do the same?
Let the ‘Creative Commons’ sense prevail. What do you think?