“With a daily ridership of approximately 1 million passengers, PMPML is the second Indian Bus service to launch on Google Maps. Commuters in Pune can now find out bus schedules and routes for 320 of PMPML buses via Google Maps on desktop and mobile. The easy access of this service helps commuters and tourists find their way around the city using buses” [blog]. 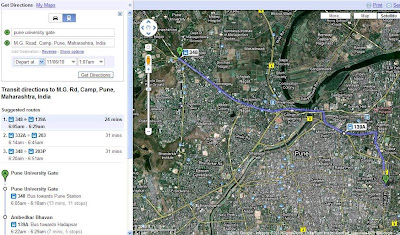 With Google launching these services in India, what do you think will be the strategy of startups like M4Mum?