Google+ today confirmed that Shahrukh Khan is the first Indian celeb who has been verified. This is on the heels of Google+ roping in SRK for promoting their platform in India. 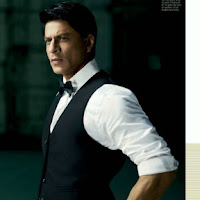 Google+ has been vehement in its effort to have real people on Google + and has regularly weeded out companies and fake profiles. Especially for celebrities, for whom there are fake profiles in the hundreds, this is very relevant. SRK’s profile verification is as much a publicity event for Google+ as well – maybe to get some other celebs on board (most of whom stumble through Twitter with their inanities – although some use it regularly and well)

In a sense it is a marriage of convenience with all the hype and hoopla around the upcoming movie Ra.One being released soon.

SRK has been active on Twitter in the past (@iamsrk) – and has a significant number of followers there (over 1 M). Does this new development mean that he will stop there – certainly Google+ will hope so.
As of writing this, he is still more active on Twitter as opposed to Google+.

What are your thoughts? Was Tweeting enough – or do we need SRK plussing as well (assuming that’s the verb here)?