[India is witnessing a price war in telecom industry, which might erode the long term value of this high-potential industry. Here is a great article by Salil Kumar Agrawal exploring the different context around the same.]

Bharti Airtel Sri Lanka has launched a petition in Supreme Court against the move of floor prices imposed by Sri Lankan Regulator. Sri Lanka’s telecom regulatory imposed floor tariffs of two rupees per minute on mobile operators last month and also set interconnection charges requiring originating networks to pay the terminating operator, ending a ‘sender keeps all’ regime. The claim by telecom regulator was that the sector had lost 15 billion rupees and this move will not only save the industry but also help to make a telecom as attractive investment option.

As a smart investor everyone likes to avoid the price war while selecting an industry for big ticket investment. This effect can be from Airtel stock price (at home country i.e. India) from the start of 2008 [Refer Exhibit 1] which is downward since Jan 2008 despite showing 30-40% of healthy margin, some of the major contributor of this downfall was the Zain acquisition (mergers are in general seen as negative by investors because of the historic reasons i.e. 87% of mergers and acquisitions reduces the wealth of the shareholders in long run) and some was the spectrum allocation. But the biggest reason for downward pressure is the price war in industry and this story is further bad for other players because of low volume and different business model.

Much of the telecom growth in last ten years is a result of reforms imposed by the TRAI (Telecom Regulatory Authority of India). As a regulator it had imposed many rules which set the tune of growth and suggested price which was affordable to end customer. Economy of scale made sure service provider gets sufficient returns at the TRAI recommended price. But from start of 2008 this economics of price and return seems to be broken because of entry of new entrants in each telecom circle. You as a new entrant would be ready to provide your services anything above the cost of marketing (because the idle capacity is like sunk capacity) once you calculate the factor of price match by incumbents. If price is matched by incumbents then new entreats would not gain anything other then disturbance in market (Tata Docomo is the exception may be price match from Airtel and Vodafone was a bit late), which will reduce the overall industry attractiveness and that’s exactly happened in the market.

Let’s come to our main question, is price war a good thing for industry and for society as a whole which has seen the 90% compound growth over the last 10 years or it has long term negative impact on the social welfare of the country. Social welfare is a mix of cheap commodity which has sufficient offering for the investor to keep investment funnel healthy so that innovation cycle continues (the biggest example of this is drug industry which invest good amount of money on research of cancer drugs but relatively very less amount on malaria i.e. #1/#2 killer in Africa because of lack of return i.e. malaria is a poor man decease and there is a fear of generic industry in Africa). This is the time when Telecom Industry would require a another imposition from TRAI on the similar line of the Sri Lankan Regulator i.e. setting a floor price for voice call or approval from the agency (TRAI) before any price reduction so that telecom is seen as a attractive investment option as it was the case till now.

The mission of Telecom Regulatory Authority of India (TRAI) is to ensure that the interests of consumers are protected and at the same time to nurture conditions for growth of telecommunications, broadcasting and cable services in a manner and at a pace which will enable India to play a leading role in the emerging global information society. 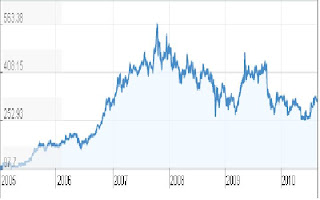