Sasha Chettri, the young lass with trimmed hair and the next-door-girl looks, who has become the poster girl of brand Airtel is back, promoting the ever-elusive 4G connection.

In the latest campaign, the 4G Girl, as she is widely known, is seen vacationing in remote locations with friends to find peace and escape glare, only to find that even if you leave Airtel 4G, Airtel 4G won’t leave you. But there is one problem; the internet isn’t buying it and as usual, there is a laugh riot going on everywhere, ripping into Airtel, its connection and the poor girl. 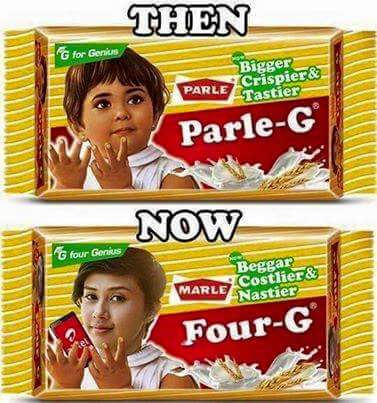 Leave aside 4G/3G. I dont get proper 2G signal in my room & the Airtel transmitter is just on the opposite building pic.twitter.com/fC8VWVvCVc

Arey Airtel girl, if you are so desperate to go to a place where there’s no 4G signal, ask properly, and I’ll invite you to my house.

It’s time the Vodafone pug, the Airtel girl and Abhishek Bachchan got together to find the elusive 4G signal.

Spotted Airtel girl in CR Park yesterday, looking for a 4G signal. She also tried 3G and 2G before she left

Government To Set Up Research Wing To Boost Information Dissemination