With Android phones available for as low as Rs 6,000 now, their sales have been been always on the rise in India. The next step after one buys an Android phone is downloading Android apps. With the market buzzing with 300,000 apps already, and hundreds still getting created every day, there is an app for almost everything under the sun. 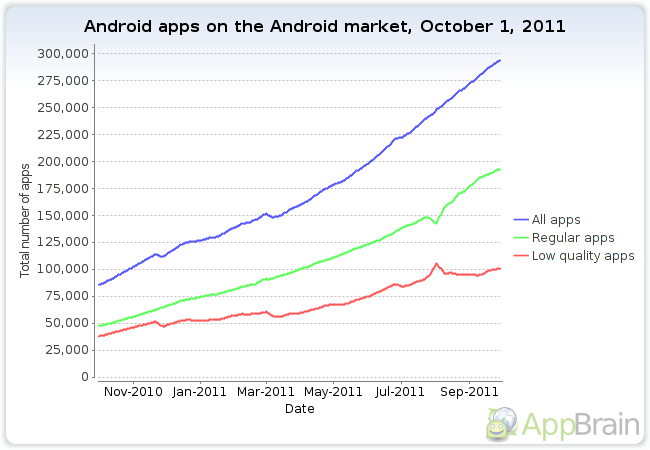 Indian companies and developers are also targeting Android apps now, which are more popular than the Apple apps because of the price-sensitive Indian market.

Here is a list of top 10 Android Apps downloaded by Indian Android phone users, not in any particular order though:

Google Maps: With GPS-enabled smart phones getting popular by the day in Indian customers, and people using navigation on their Android phones, this one really comes in handy. It also gives you details about nearby restaurants, ATMs, and petrol pumps. With the recently launched offline cache support, you may find your way out even when you do not have a data plan.

Facebook: The most popular social networking platform of all times finds a place in the top apps downloaded by users to instantly share with friends.

Talking Tom Cat: Oh this fun app does find a mention in the top 10. A very simple app that just records your voice and repeats back in a high-pitched, funny voice, is not loved only by kids, it is a good accompaniment to any gathering of friends or family.

YouTube: This is one of the many apps that are much better than the original browser apps. YouTube app provides in-page playback, which means whenever you click on a YouTube link on your phone/tablet, it opens up the app, and plays the video in a full-screen mode, and this happens so seamlessly that you do not even know that you left the browser (or any other app) to the app and are back.

Angry Birds: The pigs are getting greedier and birds angrier. Perhaps the most-addictive phone game has now found a liking in the Indian users too after it was opened to the Android ecosystem and was made free.

Twitter: An ideal app for a phone because of a word limit synchronous with an SMS, and the kind of urgency with which people tweet, it is faster and easier to tweet from your phone from wherever you are, about whatever you feel like.

Advanced Task Killer: Just because Android apps have no close button doesn’t mean they shut down when you return to the home page or move on to another app, and continue using up memory. This app lets you kill them and release memory, improving performance of you phone.

Book My Show: A very simple and clean up that allows you to book your favourite movie, play or event even when you are on the move, it also lists venues in the nearest-to-furthest order.

Times of India: This app from the country’s highest-read newspaper provides you breaking news from local, national, and international areas to your Android device. It also comes with movie reviews, live cricket scores, and photo galleries.

Moneycontrol: The Markets on Mobile app is your gateway to all critical real-time information about the Indian and global markets through your Android device. It provides real time stock quotes, and helps you manage and keep track of your investment portfolio, watch Live TV and get in-depth coverage & analysis of financial markets, economy and business.

A look at these apps conveys a mixed feeling. There is no one category Indians are downloading apps in. There is social networking, games, utility, entertainment, and news. The Android App market is a versatile one and supports apps for all kinds of uses. While GPS aids navigation and check-ins, accelerometers and gravitometers have taken gaming experience to the next level. Cheap data plans and fast 3G connections in India mean apps relying on the connectivity are becoming popular.

Free apps mean the revenue depends on advertisements, which depends on the popularity of the apps. Depending on how popular your app is, this may fetch in more moolah than a download fee. Angry Birds, for instance, was once a paid app at $1 per download. It was later made freely available in the market, and now makes $30 million a month on advertisements, which is far more than Rovio could have made on charging that fee. 30 million downloads a month is unconceivable even for a game as addictive as Angry Birds.
For utility apps like BookMyShow, the ROI of developing an app comes in the form of an increase in the number of users who pay through the app, if not for the app.

If you are a company that relies completely/partially on the Internet for business, what percentage of your development efforts (and $$) do you think should you spend on app development? For a company that is completely into app-development, what do you think will you develop? A utility app or a game? The first kind of company can outsource to the latter. There is another question for developers though, should you target Native or HTML5?