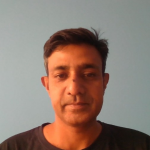 Twitter is testing a feature that lets a tweet’s author limit who can reply to his/her tweet, giving the author, following options:

This is a very interesting idea, given that Twitter has become a platform of hatred, political bitching et al.

The selective reply feature works in short run, but in the long-term, a feature like this will create a massive echo-chamber. It could take away the entire discourse to self-fulfilling phenomena, leading to decline in long-term usage of the product (I won’t use it if I can’t question the govt / policies on twitter, as it is the only open platform as we speak).

A politician-deciding-not-to-allow-any-opposing-thoughts to a policy-maker only allowing those who follow him/her to reply and decide based on that. That too, when the world is *almost* moving towards totalitarianism.

In short, this could be a great echo-chamber in making, though it could lead to a lot more peaceful Twitter (which helps Twitter attract ad $$ from brands).

But then, is being peaceful more important (is this the only way to curb nuisance @Twitter?) OR is being a great medium for interaction, more important?

What’s your take?
By the way – we do not allow commenting on the website as most comments come from spammers – but do engage with audience on social channels.