And he nails it right :

But today bloggers are starting to ask if the Official Google Blog is even an actual blog. The reason? It doesn’t allow readers to leave comments. The Official Google blog does list links to other sites referencing any given post (a sort of trackback), but that’s it. The conversation ends there. 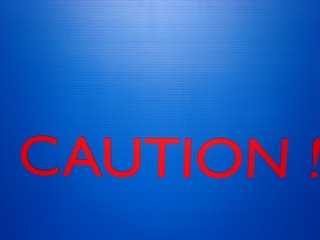 I would go on to say that Bloggers should not even moderate comments, i.e. No filtering of comments.

Let blogosphere be a democratic place where the www world isn’t broken by narrow domestic walls of selfishness (and adsense?)!

Many of the famous bloggers (especially a few Indians) tend to moderate comments – and what could be the possible reason for that?

“At the end of the day, some of the biggest or controversial figures in the blogosphere, such as Mike Arrington, Jason Calacanis, or Richard Edelman may or may not be guilty of many things, but one thing they’re all great at is carrying on the conversation in some for or another.” [Tony]

So what could be the possible reasons for our fellow Indian bloggers to be worried about?

IMHO, they are damn scared of being exposed to the readers about their lack of originality. Few of the successful Indian Bloggers have been piggybacking on stories from Digg/Reddit/Blinklist – apart from shamelessly reproducing the stories and not linking to the original source, they shun [filter out] the comments that challenge their stories.

Infact , they even disapprove comments which point to better posts.

Why don’t they get caught? The Indian crowd isn’t too aware of these aggregators. Though the awareness is building slowly, these bloggers simply get away with their lack of originality and are infact carrying the mantle of blogging in India!

Hope 2007 witnesses the end of copy/paste phenomena in blogsophere and instead build some credibility! The copy cats should get shunned and originality should be encouraged.

Don’t agree with me? Let me know why (in the comments section) !

Who should define the product/feature requirements? Customers or …