A Norwegian lawmaker has nominated WikiLeaks for the 2011 Nobel Peace Prize, saying Wednesday that its disclosures of classified documents promote world peace by holding governments accountable for their actions. – source

Previously, you could only access Android Market directly from your device, but today, we are introducing the Android Market website that lets you browse and search for great apps right from your web browser.

The website makes it easy to discover great new apps with a bigger, brighter interface. You can also send apps directly to your Android device with just a few clicks—no wires needed. We’ve built in new social features, too. You can share apps with your friends through Twitter. And you can read and post app reviews directly to Android Market from the web or from your device [more]. 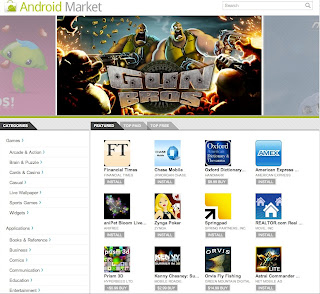 News Corp. officially stated it plans to sell MySpace. During the call, COO Chase Carey said that “now is the right time” to attempt to place the social network “under a new owner.” [source]

Before Ovi Maps 3.06, you needed a cable and a computer to download the street maps to your phone. Now, you can download all the map data directly to your device, saving you time. Map data is large so we recommend you perform these downloads over a WiFi network, if you have the feature.

Transit lines are now included in the map data, meaning you can see the train lines, subways or trams that run in over 80 cities around the world. Not only does this help to remind you of what train is on what line, but opening the map will instantly show you all the nearby stations too, with intersecting transit lines. Open up the map, click the toolbox icon and select transit lines.[more]