Smidge is a video-chat tool that enables you to conduct product research and customer interviews instantly at the mere click of a button, rather than waiting around on survey responses or scheduling user interviews.

Now, it’s easy to segment the users you’d like to talk with and chat with them today, and not procrastinate your appointments with them till next week. Smidge allows you to transcend the boundaries between you and your customers allowing you to communicate with them effectively and collect feedback faster than any other channel.

Principally, Smidge is an instant 1:1 video chat with users from within your app that allows you to grow your customer base and take your product awareness in the burgeoning market to the next level. 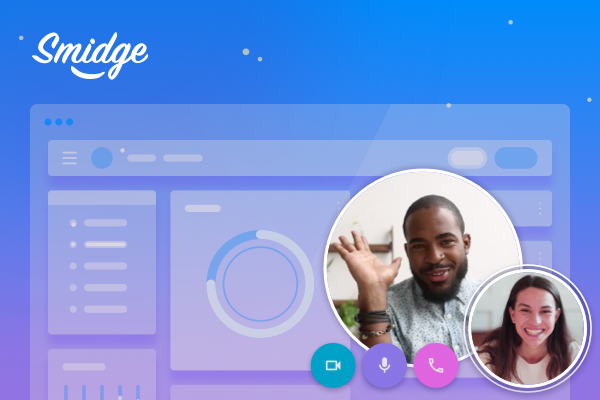 About the founding team :

One of his favourite startup quotes is, “In a startup, no facts exist inside the building, only opinions.” by Steve Blank. He feels that it resonates strongly with him because, as a founder, he has learned this the hard way on two previous startups. He goes on to say that so many arguments happened that could’ve and were ultimately resolved by simply speaking to customers which is the reason he came up with the idea of Smidge.

He asks, “So why don’t we talk to customers more?”. After a bunch of research, it turned out that it’s actually pretty hard to get a conversation started and also, continuing it with a customer. They’re all super busy, and your app is just one of the dozens that they use every day.

The truth remains that every one of those apps drowns them with drip campaigns, lifecycle emails, newsletters, chatbots, in-app messaging, and customer surveys. In amongst all that talking, there isn’t room for a whole lot of listening. It’s not surprising that when a startup puts out a call to “jump on a call”, the success rate is somewhere below 1%. Alan wanted to do better and so, he came up with Smidge.

NextBigWhat profiles interesting products and startups (India + world). If you are building something interesting, submit the details here.